Important requirement: Talent for organisation – so that no one goes missing at the racetrack

The Mercedes-AMG Motorsport #dtmteam is one big, happy family but has other members apart from the #racing drivers. We would like to introduce you to the #people behind the scenes. In the spotlight today: #ulrikefrohlich, Team Organisation (Travel & Planning).

Stuttgart: A #dtm season consists of more than just nine race weekends. From January to December, drivers and team members travel all over the world for test drives, events and races. #ulrikefrohlich (aged 35, Team Organiser) is responsible for finding them a cozy hotel room in the evening to recover from the day's hardships. She organises planning for tests and races and deals with, among other things, a task that is practically impossible to accomplish, how to get the mechanics, engineers and other team members from the factory in Affalterbach to the racetrack and find somewhere for them to lay their heads.

In order to do that, Ulrike books around 1,000 hotel rooms during the course of the year for the various test sessions and race meetings. "In the case of events like Hockenheim, we have existing agreements with hotels that go back years," she explains. In these instances, the hotels block book the rooms in advance, even if the exact date has not yet been fixed. However, some research is needed whenever new tracks are added to the race calendar. First, from her desk by phone and internet, and then via an on-the-spot visit.

Ulrike's biggest challenge is to reconcile all the requirements of the various sections. "Everything is intertwined in our department," she says, that means personnel planning, which #people are travelling, organising transfers from the racetrack to the hotel and back, and all that sort of thing. "Besides, it's not as if we've only got one group of mechanics to take care of. The drivers also have to be taken into account, and they come from all over the world."

The small and big challenges she faces in organising travel and events, the interpersonal relations with many different #people are what make Ulrike's job. "When the last race is over, we're already busy contacting hotels for the next year." There is no real off-season or even winter break, during which there are two, three months with nothing for her to do, so it's good that the time for holidays and recreation is limited to November and December. "You have to have motivation and enthusiasm for this job," explains Ulrike. "It's not a normal 9 - 5 job. You have to be very involved in things, but you also have to work in a structured way, otherwise someone might get lost in transit! And we wouldn't want that!" she adds, jokingly.

Ulrike's work is still far from over once the trips are organised and the hotels booked. She is also responsible for organising the timetable and scheduling meetings at race weekends. Her work is made more difficult by the strict time limits imposed by the schedule surrounding the two races per weekend. "Everything is very tight," she says. "So you see, there's not much time left for the drivers to take a five-minute break, let alone lunch." So, it's Ulrike's job to juggle press conferences, autograph-signing sessions and engineers' briefings. "That is, of course, all very challenging from a time point of view."

But thoroughbred #racing drivers are always up for a challenge, as is well known. Ulrike inherited her #racing DNA from her grandfather, who used to compete in rallies and also lapped the legendary Nordschleife in his time. She herself found her way into motor sport through being involved with a student race team while studying. "Ever since starting work, I've always had something to do with cars and racetracks," she says proudly. She gained the necessary capacity to win through in this male dominated sport as a child. "I grew up with three brothers, so I had to fight a lot," she says with a chuckle. "But yes, you do have to be born to do this a little bit. Arriving at a racetrack, you get a very special feeling. It doesn't feel like work. It's a completely different world, a family of your very own, to which you belong." 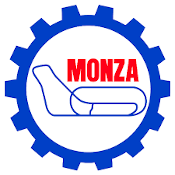 Jonathan Aberdein starts for BMW M Motorsport in the 2020 DTM