Retromobile 2020: Citroën is marking the 50th birthday of GS and celebrating the audacity of the first automobile crossing of the Sahara

For the 2020 edition of the Retromobile Show (Paris Expo Porte de Versailles) which is taking place from Wednesday 5 to Sunday 9 February (press evening Tuesday 4 February from 19:00), Citroën is inviting guests to come and discover its stand (Pavilion 1).
After a historic edition for the Brand’s Centenary in 2019, Citroën is already celebrating another birthday and has chosen to have the spirit of adventure in the air on its stand...

After the launch of the SM, GS was presented to the 1970 Paris Motor Show, of which it was the star. It won the award for the 1971 European Car of the Year. Its commercial success, with around 2.5 million units sold between 1970 and 1987 (including GSA) demonstrates the commercial success of this model which would have a first-rate commercial lifespan.

The recipe for a real success: a mid-range car (length 4.12 m, width 1.60 m, height 1.34 m, unladen weight 900 kg), 5 seats, well adapted to the needs of its time. Built at the factory of Rennes-la-Janais, in Brittany, the outline submitted by its designers was ideal. The GS was given a modern and aerodynamic style, all-new flat 4-cylinder mechanics and a well thought-out cabin volume. On top of that, it was fitted out with hydraulic suspension which provided it with comfort and road holding that its competitors could not rival. A number of other characteristics made it a model ahead of its time: we could choose the 4 disc brakes or indeed its boot volume of 465 litres (710 for the estate version). GS also included some original features: its parking brake with a pull lever incorporated into the centre of the dashboard or its rotary speedometer in a glass pane fitted with a magnifying glass.

Its long career would be punctuated by numerous developments, in terms of body style (estate, major facelift to become GSA), mechanics (engine capacity, 5-speed gearbox, C-Matic transmission) and even a fleeting ‘Birotor’ version with a rotary engine, 847 units of which were built from 1973 to 1975.
GSA succeeded GS in 1979. The car adopted sizeable bumpers in synthetic material and a practical tailgate. It was also fitted with a
‘diagnostic’ socket under the bonnet which allowed for various adjustments and checks: no-load battery voltage on starting, angle and symmetry of the cams, idle engine speed, etc.

As the press commented at the time: “With GS, Citroën has hit the nail on the head”. Not forgetting the impactful wording of the 1979 advertising slogan from Jacques Séguéla: THE ANTI-RATTLETRAP.
With its innovative shape and design, added to excellent driving qualities, the GS created a following among collectors. In the galaxy of old Citroëns, the GS has predecessors and successors which sometimes steal its limelight. However, it will not be lacking for numbers of loyal fans who will celebrate this year of its 50
th birthday.

For the 50th birthday of GS, the Brand is unveiling Citroën GS by #tristanauer for Les Bains. Citroën entrusted a GS to the interior designer #tristanauer to transform it and display it at Retromobile before it heads off to its destination for the next 3 years: an institution of Parisian nightlife since 1978 and the era of GS!
Arnaud Belloni, Citroën Marketing and Communication Director: “For Citroën, the 50th birthday of GS is the chance to celebrate the whole spirit of the 70s and 80s with the elegance of today. We had already enjoyed Tristan Auer’s talent for reinterpreting the Brand’s classics, as part of his ‘cartailoring’ work. For GS, he had free reign and the idea was not to stick to a display car. After Retromobile, this GS will head to Les Bains, the legendary club for Parisian nightlife! It is a journey through time which I am sure will seduce customers both from that era and today, along with all of the Brand’s fans!”

With this transformation, #tristanauer pays tribute to the human being, to comfort and to design, values which are in keeping with Citroën. Passionate about the tailor-made restoration of old cars, he has revamped and enhanced this courtesy vehicle, which will be made available to guests of the establishment located a few streets away from the Pompidou Centre.

Les Bains is a location that the designer knows well! In 2015, he renovated the Club and the Chinese Salon and created 40 bedrooms, during the transformation of the location into a five-star hotel under the direction of #jeanpierremarois. Jean-Pierre Marois, owner of the establishment: “Having such a gem in the company’s colours at the foot of the front steps of Les Bains is a delight. It contributes to the journey through time and space that we provide our guests with. Because Citroën, it’s a brand whose cult models stir our imaginations, a French world which we can throw ourselves into and dream about, just like with Les Bains, an absolute icon of Parisian life.”

For this transformation, Citroën decided upon a GS 1015 Comfort model from 1972.

Denis Huille, Citroën Heritage: “The restoration and the coordination of the transformation were led by the Citroën Heritage team, with in particular a complete mechanical overhaul at the Conservatoire Citroën. Under the artistic direction of #tristanauer, it was also a complete reworking, both interior and exterior, which was carried out along with craftspeople: seats, dashboard, console, roof headlining, rear shelf, floor carpet, door trims and boot, not to mention the paintwork.”

After its display at Retromobile, Citroën GS for Les Bains by #tristanauer will be in residence for 3 years at this prestigious address: 7 rue du Bourg L’Abbé, Paris 3ème.

THE FIRST CROSSING OF THE SAHARA IN AN AUTOMOBILE

The first crossing of the Sahara in an automobile took place from 19 December 1922 to 7 January 1923 with 5 Citroën half-tracks: Golden Scarab, Silver Crescent, Flying Turtle, Sacred Cow and Crawling Caterpillar (Scarabée d’Or, Croissant d’Argent, Tortue Volante, Bœuf Apis and Chenille Rampante) (the last two being dedicated to cargo). Under the dual command of Georges-Marie Haardt, expedition leader, and Louis Audouin-Dubreuil, his second in command, they travelled over 3,200 km in the desert on the outward journey. No return was initially planned, but encouraged by the success of the operation and the reliability of the vehicles, the crew suggested doing the return journey in the same way, thereby doubling the scope of the exploits. Besides the phenomenal technical success in 1922 with half-tracks built on the basis of Citroën B2 10 HP model K1, it should be remembered that this expedition paved the way for the famous Citroën Crossings (Black, Yellow, etc.) and also for unchartered paths, subsequently revisited for the operational maps of all nations. The exploits were reported at the cinema and in books, a demonstration of a know-how and an adventurous spirit that Citroën has always embodied. Without forgetting to mention the small story in the bigger picture: the crew was accompanied by Flossie, a dog who inspired in Hergé the character of Snowy (in French: Milou) from The Adventures of Tintin.

To prepare for the crossing of the Sahara, from Touggourt (Algeria) to Timbuktu (Mali), André Citroën created a special department in January 1921. The mission was carried out on board vehicles fitted with Kégresse tracks. André Citroën knew what held the key to success: the endless track belt mechanism invented by Adolphe Kégresse. This world first is at the root of all automobile rally events in modern history. We should also not forget that this exploration journey took place right under the gaze of the press with regular bulletins in the newspapers as soon as the transmissions by radio and telegraph reached Paris from the desert. A demonstration of Citroën’s industrial, technical and commercial know- how, this epic was also a human adventure.

In the preface to the book about the expedition published in 1923 by PLON, André Citroën commented when talking about these adventurers: “(...) their greatest satisfaction is still to say to themselves that, thanks to them, a sustainable piece of work has been constructed, a piece of work which will continue to produce results, when they themselves have gone. And for them, that is the key: the builders will die, but the temple is built”.

THE REPLICA OF THE GOLDEN SCARAB ON DISPLAY, THE COMPLETION OF A 3-YEAR PROJECT

Citroën is presenting the replica of the Golden Scarab half-track. The faithful reproduction of the original took part in Citroën’s Centenary celebrations: Born Paris XV, the open-air display of 100 Citroëns in June 2019 and The Gathering of the Century in July 2019.
The presentation of this replica is the opportunity to salute the work of the team comprising 160 students and pupils from the Arts and Crafts (Arts et Métiers) engineering school and the Château d’Épluches professional school for #automotive professions, 50 teachers and supervisors, accumulating 50,000 hours of work and 1,500 kg of metal, across 11 production sites.
Citroën is the historic partner of this educational project, through various contributions: loan of the original vehicle, financial, technical and logistical support, media coverage of the adventure, etc. This ambitious project was created 4 years ago by the non-profit association Of Cars & Men. Its president, Olivier Masi, recalls: “At the very beginning of the project presentation, Citroën’s response was: we will help you, because Citroën equals audacity”.

AND MANY OTHER HISTORIC CITROËNS TO GO ON A JOURNEY THROUGH TIME!

As with previous years, visitors will also be able to chat with representatives of the collectors clubs present on the stand and admire other iconic models from the Brand.

A boutique of related products will also be available, ‘Le Petit Citroën’, where visitors will be able to see the new items launched for the Retromobile Show as well as a selection of products from the Citroën Lifestyle e-boutique. Original ideas for a treat!

Among the new products, don’t miss: Citroën GS miniatures in a 1/43 scale version (37€), Citroën CX miniatures in 1/43 (37€) and 1/64 (5€) versions, and the 2CV wall light (30€). For the younger ones, two Citroën Origins toys with a vintage look launched in partnership with the manufacturer Janod: the garage (70€) and the magnetic wooden lorry (20€). For foodies young and old: the Citroën Origins cookie cutter cube (8€) to make biscuits with famous body styles: Type A, Traction, Type H, 2CV, AMI 6 and CX! 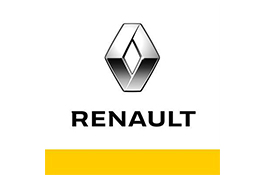