Rüsselsheim.  Despite only having recently celebrated its world premiere at the Frankfurt Motor Show and having just been tested by members of the media, the new #opel Grandland X has surpassed many of its rivals and been named one of the finalists for the European “AUTOBEST 2018”. The jury of the prestigious international competition announced this today. A jury consisting of journalists from 31 European countries tests new models eligible for the coveted award. The winner is named “Best Buy Car of Europe 2018”. By reaching the final, the dynamic #opel compact #suv is one of six remaining strong contenders for the title. The #autobest jury evaluates the candidates in various categories such as flexibility, design and new technologies along with the service network, availability of parts and price.

The new Opel Grandland X excels in many areas: Modern, athletic lines, cool off-road look along with typical #suv qualities such as elevated seating position and good all round visibility. Furthermore, the adventurous newcomer comes with numerous leading technologies such as IntelliGrip electronic traction control along with plenty of space and comfort for up to five passengers. All this is offered at an attractive price-performance ratio and has helped the new challenger in the #suv segment qualify for the #autobest 2018 final. The decisive evaluation will take place during numerous test drives along with further assessments on the test track in Vairano (Italy). The winner – the “Best Buy Car of Europe” – will be announced in mid-December.

Opel’s latest contender, the #grandlandx, is following a good #opel tradition. The Rüsselsheim-based carmaker has celebrated multiple honours in various categories of the prestigious #autobest awards in recent years:

Opel is back in Russia: Zafira Life and Grandland X at dealers as of today

IntelliGrip: Optimum Traction at all Times for Opel Grandland X 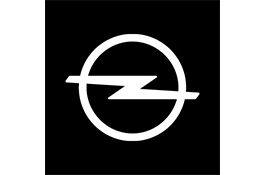 Opel Celebrates 2017 with Biggest Product Offensive in its History